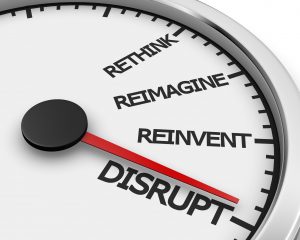 I went to the memorial service for my first mentor yesterday, and I was struck not only by how many people’s lives he had changed but also by the universal conclusion that he was a rebel, a social justice warrior, and a disruptor. He started out as a mischievous kid who, with his brothers, lived to “devil his parents”. As a teenager in the 60’s he protested segregation by sitting at the back of the bus, until an African American person asked him to please not sit there, because then they had to sit even farther back. He protested the Vietnam War, and at some point got his MD and became a psychiatrist. In his final years, after his first stroke, he wheeled from room to room in the rehab facility to get other patients to protest the quality of the nursing care. (Which I personally observed was, at times, abysmal.)

Those of us who knew him in a professional and a confiding capacity, like another former patient and one of his fellow postdocs who spoke at the service, pointed to his incredible compassion and ability to really believe in those who confided in him, to find the best in us and promote it. To always believe. Everyone who spoke talked about his innate capacity for wonder and adventure, and this came out in his relationships—his clear faith in the remarkable ability of humans to show strength, persistence and flexibility when dealing with challenges influenced our outlooks and not only got us through, but led us to believe we could somehow have that kind of influence on the world as well.  For some of us, this strength and belief helped us get through years or decades of psychiatric treatment. It takes a lot to stick it out through n-of-1 experiments with different medications or combinations of medications (and/or hospitalizations and/or modalities like the electroconvulsive therapy mentioned by the patient who spoke yesterday). But it also leads to incredible achievements, like for me, getting my Ph.D. He was a role model for believing in others, and yesterday’s service confirmed, for me, my commitment to paying it forward—striving to be not just a good person and a good wife/mother/friend/sister, but to promote—how to say this without sounding too self-important/hypomanic—oh yeah, “saving lives, millions at a time”.[1]

The other thing that came out of yesterday was my understanding that his values and personality were more like my own than I realized. I knew he was a rebel, and he always encouraged that in me. “You do things your own way, and it’s been working. Don’t worry so much about going by the book.” Well, putting that in perspective, I can see where the combination of always trying to keep a lid on my bipolar disorder (hypomania specifically) has made me reluctant to be as gung ho about disruptive ideas or even about breaking the rules as I otherwise could have been. I avoided writing a grant to fund my research during my postdoc, like I said in my last post, because I was told you weren’t supposed to, but also because I felt the traditional public health funders (e.g., NIH) weren’t ready to hear that commercial video games could be useful from a clinical or public health perspective. These ideas are disruptive—they shake the paradigm of commercial video games being a bad thing. When disruptive ideas, people, and technologies come together, the likelihood of making a difference at a population scale is much higher.

Then again, I have a distinct memory of walking with Tehseen in NYC a couple of years ago and telling him about my own experience of being a stubborn rebel.  There have been a couple of turning points for me brought on by the combination of me being who I am and being told that I shouldn’t or can’t do something. In that case, my motto has always been “F—  all y’all”, and it’s served me pretty well. As a pregnant high schooler, my guidance counselor suggested I set my sights lower than Hopkins for college. I graduated early and got into Hopkins through an early decision path at 17. Then in my first year of the PhD program, a professor told me I couldn’t study the potential mental health benefits of video games, because they were addictive. For my thesis, I looked at how the “addiction” thing might be an artifact related to some people using games as part of a healthy social life (albeit a small percentage of boys in our sample), then switched to looking at benefits and problems, and now am concentrating on the benefits.

Anyway, the upshot is that after Mickey’s service I’m more committed than ever to finding other disruptive people and communities to hang out with and collaborate with. I’m more committed to doing what I can to demonstrate through science and hopefully mentoring that the ideas of others are amazing and worth developing, and that those of us who have or are willing to develop leadership capabilities can and should use them to do the same in others. I work on getting my research funded, doing my research, and disseminating it, at the same time (perhaps in a somewhat flailing way) attempting to mentor or otherwise encourage others to develop their own disruptive ideas. Radha is going to blow people away with her ideas for creating best practices for measuring engagement with health interventions through capturing a “data exhaust”. Mike and the other Digital Vets leaders are going to wow the VA (I said WoW) with the idea that the gaming community is made up of social networks that can support veteran suicide prevention.  Steve and Stephanie of Stack Up already are seeing a lot of public support for their disruptive Discord-based suicide prevention program (I did no mentoring there but am hoping to help however possible).  I marvel at the ideas and innovations of these people and others, including my own mentors, and hope we can all keep in mind the innate capacity we all have to make a difference.

I started as a grassroots peer supporter, educator and advocate. I got trained in population science and “saving lives, millions at a time.” Whether it’s sharing and developing ideas, information and resources or providing direct support and encouragement, I have faith that as individuals, we have the capacity to both be disruptive and to believe in and encourage others and their innate ability to disrupt.